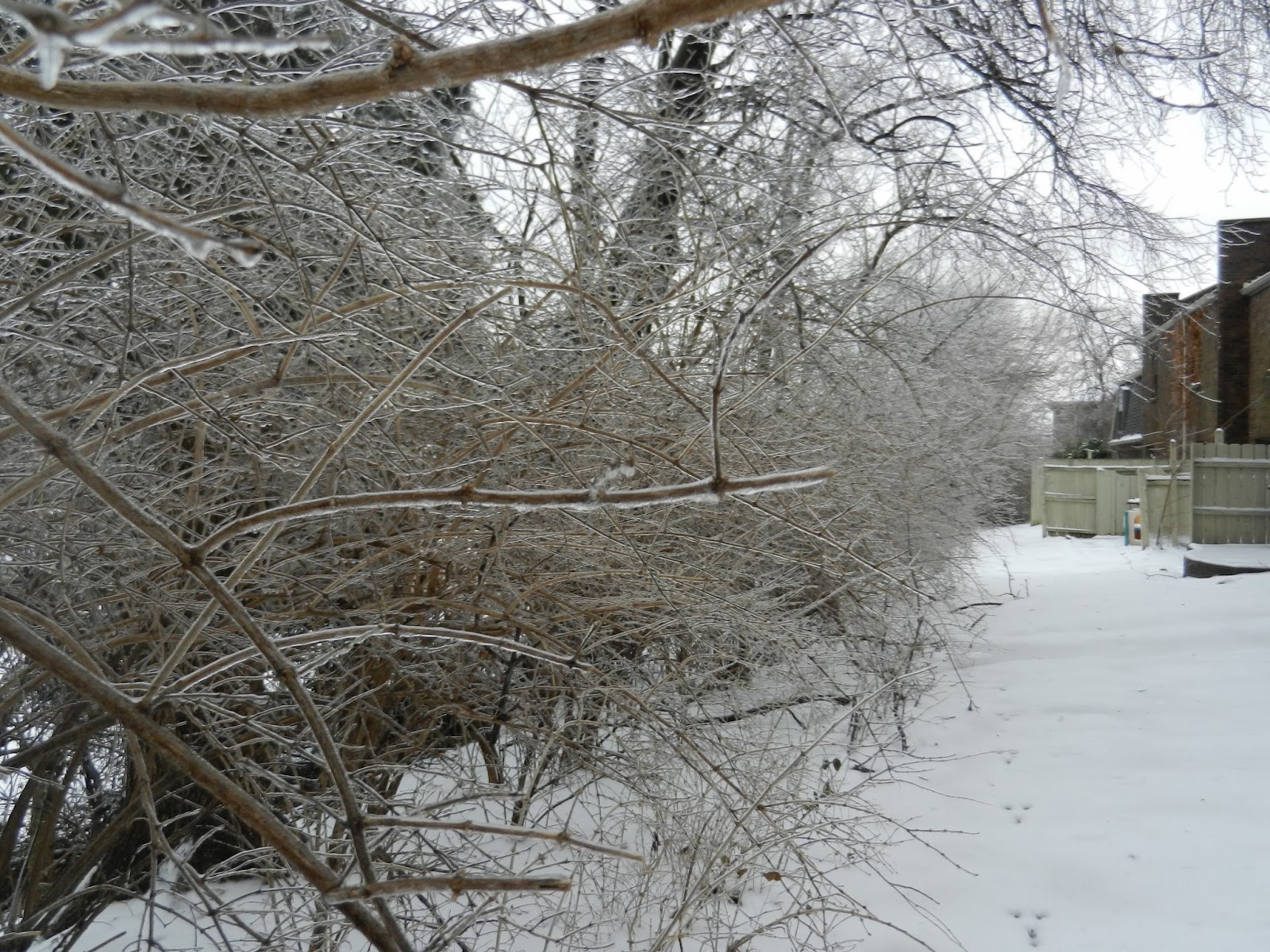 It has been a seemingly VERY long winter here in Kentuckiana.  It's the third of March.  I know the whole "In like a lion" thing.  It was a mere two years ago we had the horrible tornadoes that demolished Henryville and this year- ice and snow in the form of Winter Storm "Titan".  What in the world is going on with Mother Nature?  Have we finally ticked her off to the point that she's become irrational?

That said- an extra day off with my puppies is always welcome, especially when I can get a little cleaning done around the house in the process.  I have been slowly spot cleaning my carpet over the last few weekends.  I can't do the whole thing at once because I can't cordon the dogs off from the entire carpeted world.  I am using the vinegar and baking soda method (works GREAT!) and so I apply it at night and let it dry overnight then vacuum in the morning- or vice versa.  The dogs want nothing to do with the vinegar smell so they leave the area alone.  I had noticed that the vacuum was getting sluggish but the husband has always dealt with all things vacuum related.  Not knowing when he will be by again, I decided to figure it out by myself.  Well- apparently I have waited too long and the canister (it's a bag-less vacuum) was overly full.  I pulled the canister of and stuff flew everywhere.  I let out a deep sigh, considered banging my head against a wall for a few minutes and then proceeded to empty out the canister, take it apart, clean all of the filters with hot soapy water and then sweep up the biggest part of the mess  and then lay down on the couch for a bit (hoping to take a nap) while I waited for the filters to dry.

It was still a bit early so the pups were still in their "morning wired" phase.  One was perched on one couch, one on the back of the loveseat watching the world through the living room window.  Both went crazy when the mailman came by and then we all settled down again and both of them were giving off occasional happy little "boofs" so I gave up on sleep and looked out to see what was interesting them.  At first I just saw birds.  Not unusual at all as they have been making their homes in the trees for weeks.

Then I saw them.  Against the background of the snow and ice, little glimpses of color.  Against the bricks of the adjacent buildings, little pops of white.  I went outside and there they were- butterflies!  Flitting from shrub to shrub, in between the buildings and back again.  The sun was coming out and the ice glazing the shrubs and trees was giving off a glare but there were the butterflies, swooping and streaming and chasing one another with abandon.  A sure sign of spring while we are covered in a blanket of snow and ice.  With a smile, I went back inside knowing that no matter how cold it is now, soon it will all be over for another eight or nine months and we can all get back to normal routines.  I know the pups are more than ready to be able to go outside without scrambling across the ice or being up to their bellies in snow.  I know I am ready to take them for nice long walks again.  I don't know how many snow days we have had thus far but I would happily give them up for the warmer climate and now I have hope that Spring will be here soon.