For me- not for anyone else.  The good news is, after 12 days I finally feel human again.  Bronchitis/sinusitis hit me this time- and hard.  But thanks to antibiotics and a lot of rest, I am well on the mend.

The bad news- after 8 days with no cigarettes at all- I picked them back up again.  I cannot believe the struggle that this is.  When I was sick- I didn't miss them at all.  As soon as I started feeling better- It was all I could think about.  So- I have re-started the Livestrong program and am working on quitting again.  The goal is to be done with this-for good- by my birthday next month. 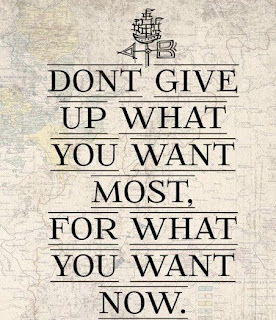 I have been vacillating back and forth about how I wanted to write my next book.  The first was really my story and was very personal to me.  In thinking about the next one, I realized that I don't want to do the same thing over again.  That would be "How to Bore Readers 101" .  I started really looking at the options and made a discovery.

I want to relate a true story at the beginning of each chapter and then expand on the "lesson" to tie it in with how we can live well with a chronic illness.  What I DON'T want is to tell just my stories at the beginning of each chapter.  I mean, really?  No one wants to hear all about me.  Personally, the myriad of experiences is what draws me to books like the "Chicken Soup" series and the Readers Digest series.  Plus- as you and I both know- every one's story, every one's experience with their illness, is different.  If I have a variety of people contribute it creates a greater chance that a reader might recognize themselves in the narrative.  And that is one of the big reasons that I write, so that maybe, just maybe someone will read my book or blog and see something that they can relate to and helps them in some way.

So, I am scrapping what I have written thus far and and starting over.  The first step is to narrow down the topics or chapters that I want to include, and then to gather stories that will fit within those chapters.  In the meantime- I am going to throw this out there- would any of you like to contribute a story for the next book?  You would obviously be given credit and your bio along with any website info included as well.  There's no monetary pay- last year's book sales netted me a whopping $144, but your story may speak to someone out there who needs to know that they are not alone.  If you are interested- either leave a comment here or email me at Chronicallypositive@gmail.com

Have a terrific Thursday!

Sorry gang- I am not ignoring you, I promise.  I have been fighting illness for over a week and finally caved and went to the doctor on Saturday.  A sinus infection and bronchitis.

"Get into the solution"


"Get out of the problem, get into the solution."  Trace Adkins via Stephen Baldwin


Trace goes on to say; "It's a perfect way to put it and a good way to look at things.  Get out of what caused this situation to be the way it is and just start focusing on what's going to make it better and where to go from here, and not waste your time and energy and thinking (on something) that you can't do nothing about" (Country Weekly Magazine, August 22, 2012)

This just spoke to me this morning.  I was so tired and cranky when I woke up. I worked a lot of hours last week at my regular job.  I then administered the SATs bright and early Saturday morning and then packed up the dogs and drove to my folks right after(which was my highlight).  Sunday, Auggie and Harley got out of the gate at their house.  Harley didn't make it farther than the front of the house but Auggie took off running and I ended up walking, calling and whistling for him, around the subdivision while Dad drove around looking for him for an hour or so before *thankfully* one of the neighbors called the number on his tag and we got him back.   Yesterday morning I worked an event down there, went back to Mom and Dad's, gathered the dogs, driving back home last night just worn out.  Today is my "late day" at work, meaning I close tonight so I should have been able to sleep in but was up with the chickens.  I dragged myself out of bed this morning and looked around and can see a million things to do around the house.  It just made me want to crawl back in bed and stay there for the day or maybe the week.

While I was curled up, watching some of this weekend's DVR, waiting for my coffee and meds to kick in I  read this article.  Trace was talking about the fire that took his home (as a result they have moved into their "country home" that he has been working on for years) which is exponentially larger than anything that I am going through, but it just resonated.

First, I can take a deep breath and get ready to face my week.  Getting it all out here helps.

Second, I can make it a point to do a little bit of housework every day this week.  Besides a TON of laundry to fold (which I can bang out tonight in an hour or so) the most of the issue is clutter.  I have got to let go of some "stuff" and organize the rest. I think I will give Flylady a shot again.  Last time the emails where too overwhelming but I really need to get this done.  I know that if/when I get caught up, I will be good to go- I just need to get into a routine.

Finally- that magic word I just threw out there- routine.  I know that with my medical issues I need to be in a routine or my energy will be completely sapped.  So when, like tomorrow, I have to break my routine ( I have another event that will keep me out of the house till 10pm or so) I have to rearrange my my schedule so I can make up for the down time.  I can't keep trying to run on all cylinders- I just don't have them any longer to run on and I know better than that.

I know what the problems are- now to focus on the solutions.
Posted by Jules0705 at 8:15 AM No comments:


“Count your blessings. Once you realize how valuable you are and how much you have going for you, the smiles will return, the sun will break out, the music will play, and you will finally be able to move forward the life that God intended for you with grace, strength, courage, and confidence.” ~~Og Mandino